Negligent Driving in the First Degree is a serious driving crime in Washington State. 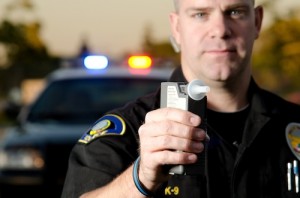 Negligent driving is often a serious criminal offense in Washington State. We handle all First and Second Degree cases.

There are three types of Negligent Driving, all of which are very serious and should be handled with the help of an experienced criminal driving attorney.  Negligent Driving is broken down into three different types.

Negligent Driving 1° is a misdemeanor – which is a crime. The maximum penalty is 90 days of jail and a $1,000 fine. On top of that, there can be court costs and assessments, putting the actual costs over the maximum fine amount. Additionally, there can and often is imposed the maximum probation period of two years, during which time you will also be facing additional rules.

RCW 46.61.5249 state in part: A person is guilty of negligent driving in the first degree if he or she operates a motor vehicle in a manner that is both negligent and endangers or is likely to endanger any person or property, and exhibits the effects of having consumed liquor or an illegal drug or exhibits the effects of having inhaled or ingested any chemical, whether or not a legal substance, for its intoxicating or hallucinatory effects.

Negligent Driving 1° is a serious crime that is very similar to a DUI, and the Prosecution will treat the case as such. It is extremely important that anyone facing this criminal charge take it seriously.

Negligent Driving 2° is an infraction, meaning it is not a crime. It is essentially like the 1° minus any reference to alcohol or drugs. While it may not be a crime, it is considered the most serious infraction you can get. It results in a $550 fine.  The difference between a Neg 2 ° and Reckless Driving, which is a crime, can often be very minimal, which is why it often impacts your insurance rates dramatically. Just like other driving crimes, it is considered a major moving violation for Commercial Drivers.

It is extremely important that anyone facing this charge immediately contact our Tacoma Negligent Driving Lawyers for a free consultation to discuss your options. An individual who is found to have committed this is facing a $5,000 fine and a 90 day license suspension.

Don't simply forfeit your freedom or your legal rights without a fight. Our criminal defense lawyers can help!
contact us